KUCHING, June 7: Sarawak Oil Palm Plantation Owners Association (Soppoa) is calling for the State government to intervene to alleviate the manpower problems faced by the industry.

Its chief executive officer, Dr Felix Moh Mee Ho, said in a statement this is due to the inefficiency of the federal government in tackling the issue.

“The federal government is taking too long to resolve the labour issue faced by the palm oil industry, costing additional billion ringgit in revenue loss to the industry which has already suffered since the Covid-19 pandemic,” he said.

He said that last October, Minister of Plantation Industries and Commodities (MPIC) Datuk Zuraida Kamaruddin announced a special approval to bring in 32,000 foreign workers, particularly from Indonesia, to ease the labour shortage in the plantation sector, which he noted that as far as Soppoa’s knowledge is concerned, no plantation companies from Sarawak were included in the approved quota.

This was followed by the signing of a Memorandum of Understanding (MoU) to recruit Bangladeshi workers effective for five years until December 2026 by Malaysian Human Resources Minister Datuk Seri M Saravanan and Bangladesh’s Expatriates’ Welfare and Overseas Employment Minister Imran Ahmad on December 19, 2021.

Moh said that Sarawak oil palm companies have relied too much on the federal government to solve the issue, and unfortunately, the State’s urgency is always regarded as a secondary matter.

“Neither of these efforts have materialised. The reopening of the border for international travellers also failed to bring in foreign workers to the country.

“Recruiting foreign workers is nothing new. There are lists of source countries that Malaysia can recruit workers from. By right, the recruitment process should improve over time and be more efficient. Unfortunately, it isn’t the case. Many recruitment applications are still ‘stuck’,” he said.

He said that the federal government’s promise to sort things out and bring in the first batch of foreign workers after Hari Raya Aidilfitri was again questionable as another festival, Hari Gawai Dayak, had passed. 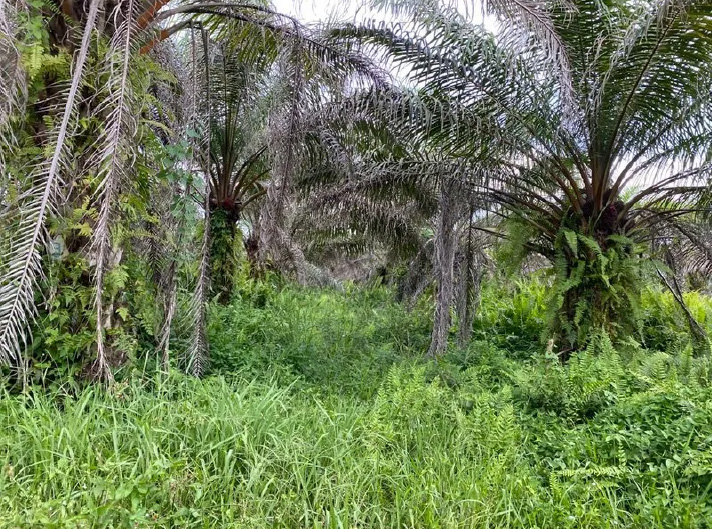 A plantation left abandoned and unharvested due to the labour shortage.

“Almost all the plantations in Sarawak are operating at half of optimal capacity. This is because about 80 per cent of their workforce are Indonesians.

“The opening of the border has encouraged many Indonesians stranded at their workplaces due to the movement control to return to their home country. Without new recruits, plantation companies are experiencing a critical low in the workforce,” Moh explained.

As a result, he said, some 20 to 30 per cent of the areas cannot be harvested due to insufficient harvesters, causing smallholders to abandon their estates. 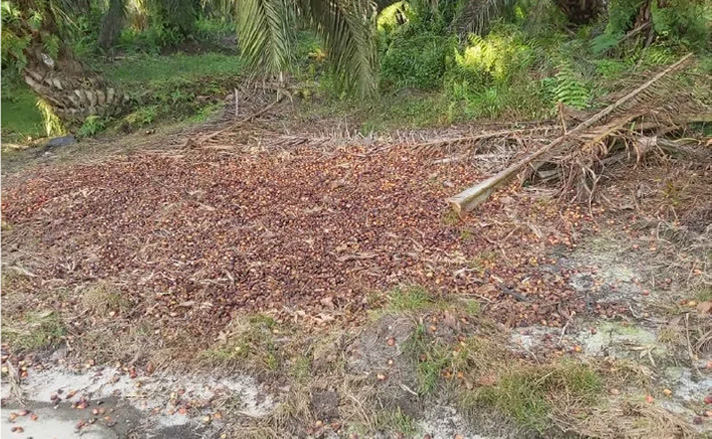 Loose fruits are left behind as there are not enough workers to harvest them.

“This amount could be used to build several mega bridges in the State or possibly enough to connect rural villages with small bridges,” he lamented.

Moh explained that the ongoing labour problem is detrimental to the industry as palm oil plays an important role in the State’s economy, especially in rural parts of Sarawak. He elaborated that Soppoa has never lacked engagement with the State government on labour issues. The association has worked tirelessly to ensure that all plantations continued operating under the strict standard operating procedures (SOPs).

“In the past few months, Soppoa has had numerous engagements with authorities to thrash out a few hiccups by improving the process of foreign recruitment in response to the opening of the border,” said Moh.

He said Soppoa also briefed Deputy Minister in the Sarawak Premier’s Department (Labour, Immigration and Project Monitoring) Dato Gerawat Gala on various predicaments encountered by the industry, with the latter saying that the matter of foreign workers falls under the purview of the federal government.

“Such restrictions should no longer be a stumbling block to Sarawak recruiting foreign workers as the federal government has had agreements with their Indonesian and Bangladeshi counterparts on the matter.

“Unfortunately, there is still much delay caused by unknown reasons that are not readily available to the business industry due to lack of transparency,” he said. Moh added that federal ministers involved in foreign recruitment tend to change goal posts whenever they cannot meet the promised deadlines.

“The industry cannot afford to have any further delays in incoming foreign workers. The ripened fruits on palm trees must be harvested immediately, and failure would translate to an additional loss of revenue.

“Having the largest planted hectarage with oil palm, Sarawak should stand up and take the lead for the betterment of the industry. Soppoa has high hopes on the State government not to let the industry down.” — DayakDaily